Another school year is coming to a close. Another year of substitute teaching done and over. Before the year completely ends, I’d like to share an old post written last year when some fifth grade boys were concerned that their substitute teacher was a vampire…

Interview With Miss A (Vampire)

Having blood-sucking on the brain (and not because of the Twilight saga–though I’ll admit I enjoyed), I searched my studio folders for Him. I scoured my old Prentice Hall files. When I was a new Mac user learning Illustrator, I drew everything employed old-fashioned hand-eye coordination with a mouse and a prayer.

That year I’d also read, Interview With The Vampire, by the immortal’s mortal, Anne Rice. Her words were composed of cold flesh. Blood flowed between the rivers of white on her pages. I hated Ms. Rice. I was in awe of Ms. Rice. This ‘Interview’ creeped me out like no other book… Everywhere I traveled, Lestat stalked me with his mesmerizing lost eyes, black sinewy veins and pale moon skin.

He was one of my first ventures into computer portraiture. I had no choice but to create Him. He wouldn’t leave my mind. He was a tormenting fellow. He’d bite me nightly and I suffer daily for it. He was the awesome Vampire Lestat. Once I created Him, He no longer haunted my dreams. 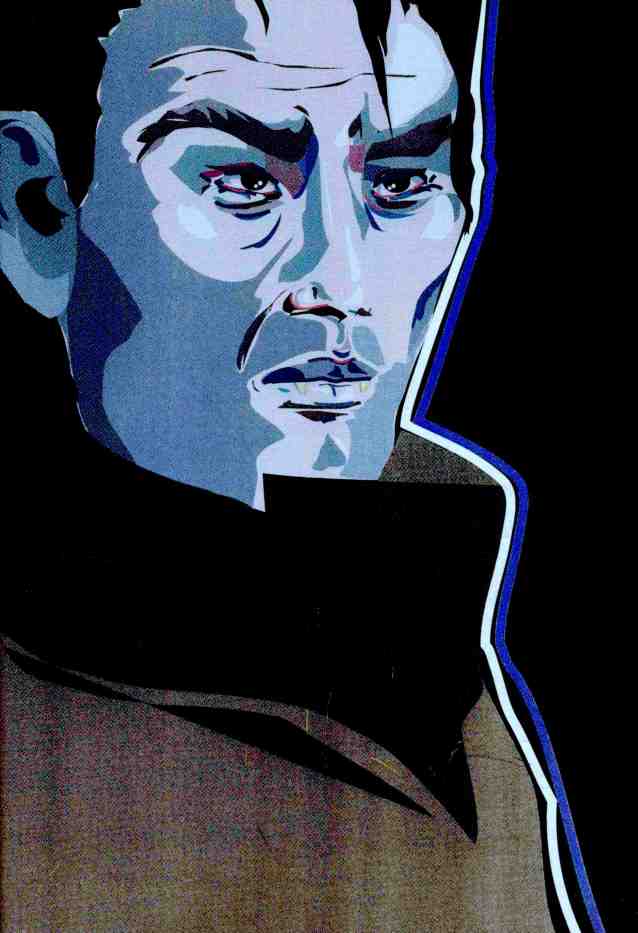 I was recently subbing in a fifth grade class. At lunchtime, I noticed a handful of lads with perplexed expressions staring at me. I approached the group to make sure everything was okay. One boy–the ring leader–studied me a moment before asking, “Miss A, are you a vampire?”
Before I could respond he continued, “Why do you have such sharp black eyebrows, long black hair and pointy teeth?” (my incisors are a tad sharp-looking).

I jokingly responded, “YES!” But, then quickly clarified, “Just kidding,” when they started wrapping napkins around their jugulars. The last thing I needed was for a child to go home and say, “my sub was a vampire.”

Later, I contemplated what the fifth grader had asked me. I thought about the boys’ nervous expressions–and I wasn’t sure if I should be flattered or insulted.

22 thoughts on “Interview With Miss A (Vampire)”

A paintbrush for your thoughts... Cancel reply

This site uses Akismet to reduce spam. Learn how your comment data is processed.